Learning about the Wampanoag

What do people need to live?
This was the start of our group time today. We had visited similar questions earlier in the year, so they quickly came up with water, food, air, homes, and clothing.

How would people get what they need before there were any stores (or cars!)?
This question was much harder! 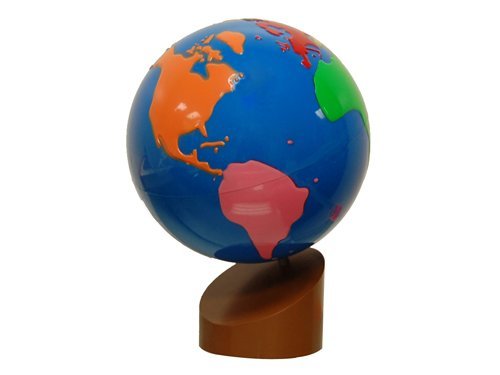 We found North America - our continent! - on the globe, and I explained that there were many groups of people living in North America for thousands of years that knew how to meet all their needs without cars or stores. Today we were going to learn about the Wampanoag (wom-puh-nog) , and then go on an "adventure" through the seasons. We reviewed the four seasons with our seasons mat and talked about how the Wampanoag people met their needs in each season of the year.
Why learn about the Wampanoag? This is the Native American group that has lived in the northeast for thousands of year. They were the ones who helped the "Pilgrims" survive their first years in North America.

We started with spring - planting time! Everyone received three seeds before we went out - corn, bean, and pumpkin (sometimes referred to as the "3 sisters" because they can be planted together for mutual benefit). Our planting grounds were the raised garden beds in our outdoor classroom. 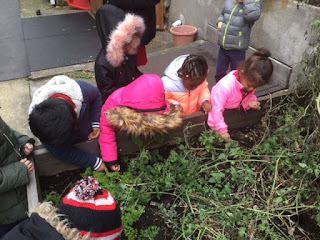 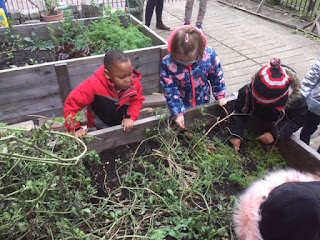 For summer, the Wampanoag would head to the coast, where they could catch fish, lobster, clams, etc., and enjoy swimming and games at the beach. The day was mild, but definitely not summery, so we really had to use our imaginations as we headed to the shore (aka the park!) and went "swimming" around the playground.


As fall approaches, we took the long trek back through the "forest" to our planting grounds, excited to see what we could harvest. 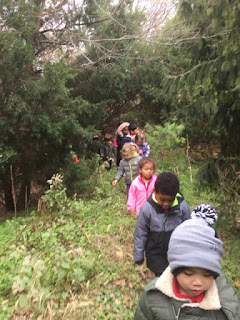 The corn, beans, and squash we planted in the "spring" (i.e. 20 minutes earlier) weren't ready to harvest yet, but we did find some carrots, a few peas, a radish, some lettuce, and a few green tomatoes! 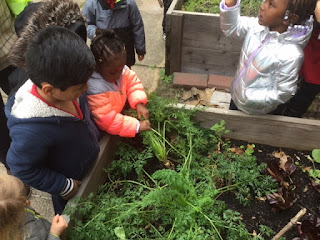 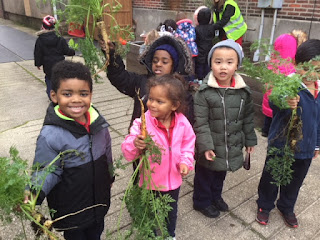 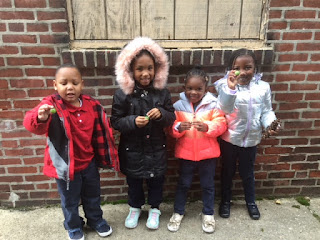 The  Wampanoag spent winter in the shelter of the woods, where they would hunt for game to supplement the food they had harvested and stored. We retreated back into the warmth of the classroom, where our 21st century school lunch was waiting for us!

Interested to know more about the Wampanoag?
Photos of traditional homes (wetus)
Lots of info on the scholastic website
Posted by Cheryl at 10:15 PM No comments: 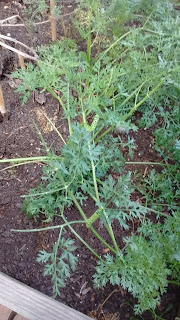 The carrots and dill planted by students in the spring attracted some unexpected visitors over the summer. We were delighted to discover three swallowtail caterpillars nibbling our plants in the first week of school.


We brought them into the classroom for observation. They devoured the carrot leaves we offered them and within a few days all three had formed their chrysalis. 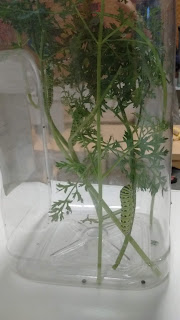 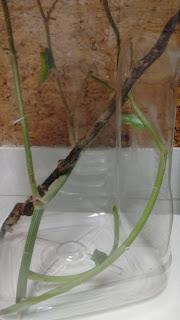 After a couple weeks of waiting, the first butterfly emerged from it's chrysalis, and the others followed in the next two days. 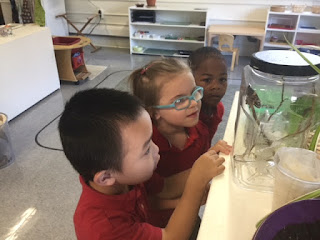 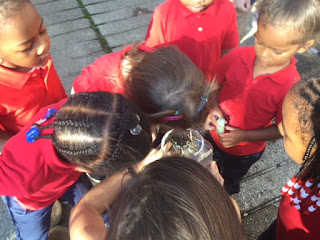 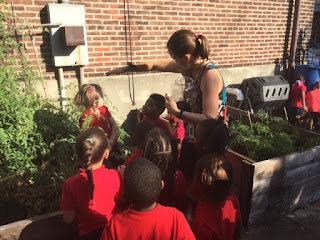 Posted by Cheryl at 6:51 PM No comments: